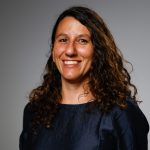 Veronica researches and writes about the impact of data technologies and artificial intelligence on human rights and democracy. She is an anthropologist and Professor in Media and Communication Studies in the School of Humanities and Social Sciences at the University of St. Gallen, as well as the Chair of Media and Culture in the Institute of Media and Communications Management. Veronica’s previous research focused on social media and political campaigning and the question of digital citizenship.  She is the author of  Activism on the Web: Everyday Struggles against Digital Capitalism (Routledge, 2015). Over the last five years she investigated the impact of children’s data traces on their civic rights, and the meaning of a society which ‘datafies’ its citizens from before birth. Her most recent books are Child | Data | Citizen: How Tech Companies are Profiling Us from before Birth with MIT Press (2020) and I figli dell’algoritmo: Sorvegliati, tracciati, profilati dalla nascita with Luis Press (2021).

Veronica’s research has featured in international mainstream media such as The Guardian, The Times, The Telegraph, CBC, Business Insider (Italy) and many other outlets. Veronica has been invited to give talks at leading universities in the U.S. and the U.K. such as Stanford University, University of Southern California, University of California Los Angeles, University of California Irvine, Kings College London and the University of Westminster. In 2018, the Information Commissioner’s Office of the UK Government used her research as evidence for the development of age appropriate design code, in 2019 the Irish Government invited her to discuss AI Ethics at their Digital Summit, and in 2020 she has been invited to speak at the Global Child Forum, which is founded by H.M. the King and H.M. the Queen of Sweden. Prof. Barassi Ted Talk on What Tech Companies know about your Children has reached more than 2 million views.